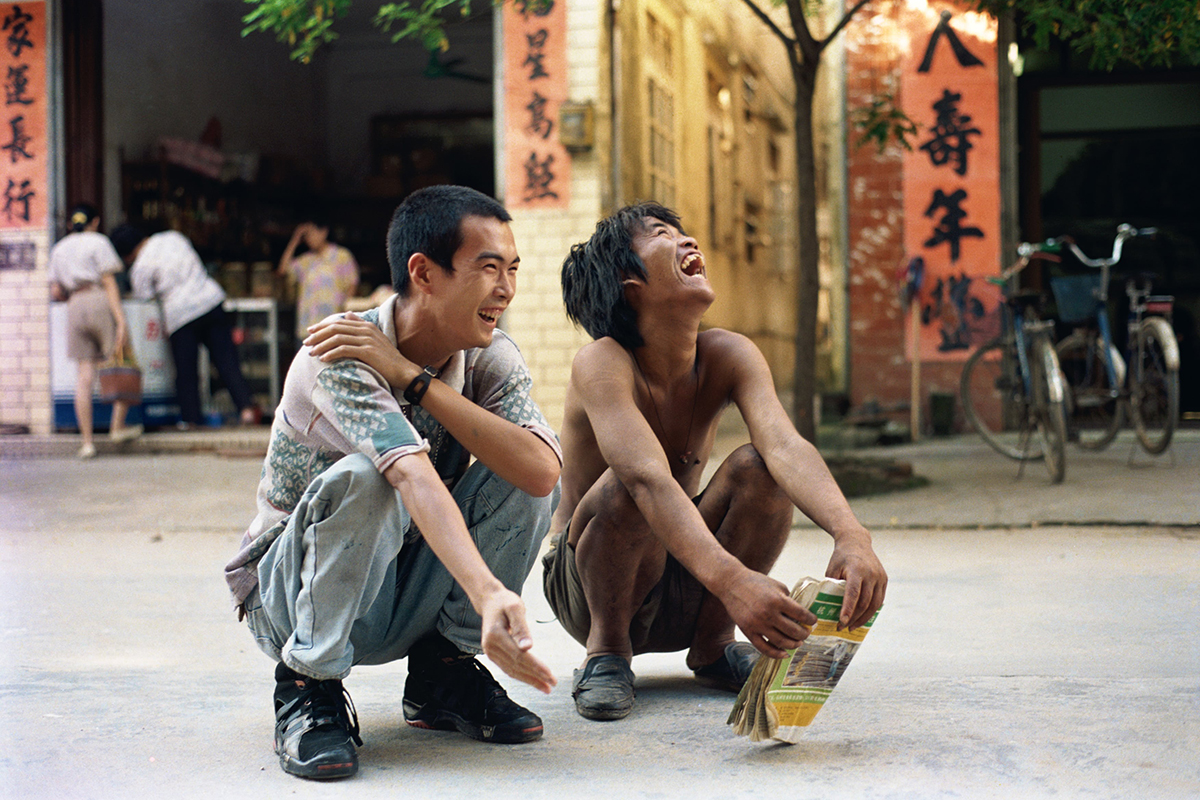 An interview with Zheng Guogu: Children born in the contemporary era are for a real virtual world

As the peers of Zhang Enli, Zhan Wang and Liu Ye, Zheng Guogu is one of the most well-known artists from the early 70s. He utilizes performance, photography, painting, sculpture, embroidery and the environment in his work. His ideas have often been born out of a balance among commitment to his hometown, engagement in global contemporary art, and his interest in how consumer culture has impacted Chinese traditions.

In recent years, Zheng Guogu became more active in Europe and the US than in China. This March, Zheng will have two solo exhibitions in New York -- one at MoMA and the other is at Eli Klein Gallery. At MoMA , Zheng will exhibit a selection of 12 paintings from his Great Visionary Transformation series made over the last eight years. The series artworks evoke the Buddhist belief in the impermanence of the physical realm, offering allegories for the unstable relationships between systems of power, belief, and history that mark our age.

While Eli Klein Gallery will present the first-ever survey of the historically significant photo works by the artist which record the change of the society in China from 1993 to 2016. The highlights of the exhibition include his early photography artworks from the 1990s, such as his best-known My Teacher (1993) and his later works from 1997 to the early 2000s in which he arranged extremely small images that are barely visible on a single sheet of paper.

We sit down with the artist himself and Christopher Phillips, the curator of Zheng Guogu's photo exhibition at Eli Klein Gallery to discuss Zheng's new exhibitions, his life and his views about the Chinese society at the moment.

Art Market Journal: Congratulations on your two solo exhibitions in the US this month. How do you feel about that? What is your expectation of the two exhibitions?

Zheng Guogu: I am happy for my upcoming solo exhibitions. I treasure the opportunity like this. As a public exhibition, I hope to reach out to wider audiences and have people know more about my work. I wish that I could bring a sense of joy to the visitors and hope they could resonant with my works at a spiritual level.

Art Market Journal: It seems that you are less active in China in recent years. Most of your exhibitions are held abroad. Have you thought about shift your focus to the West more? What are you working on in the recent 2-3 years?

Zheng Guogu: A lot of my peers hosted their exhibitions abroad due to the lack of opportunity to exhibit domestically at the time. We would even use the streets and alleys as an exhibition space in China. Nevertheless, this situation gave us an opportunity to expose our works to foreign curators. They would then incorporate our artworks as part of their diversity element in an exhibition. Now my works were primarily displayed in Yangjiang because of a project I did called “The Age of Empire/Liao Garden”. This project is inspired by a virtual game named The Age of Empire. I want to actualize the scenes from the game in reality. I hope I can explore my inner thoughts through the manipulation of the outside space from the project. Yangjiang is like a lab, where successful artworks will be exhibited and accepted by the West. It leaves room for contemplation.

Art Market Journal: You have been working on the " The Age of Empire/Liao Garden" from 2004. How is your project "Liao Yuan" going on now?

It is developing every single day. There are construction workers on site all the time. As long as they are working, the project will change. Slowly and steadily...Yet surely I am working on it. Looking back, it has been almost 19 years since I started. If I have to make a comment on the project, it would be that it is different each time you look at it.

Christopher Phillips: Can we interpret it as a never-ending project?

Zheng Guogu: It has become a part of my everyday life as if it is blended with my soul. It is no longer about an exhibition. It does not have a time limitation. The longest exhibition in the West is about 10 years. However, this project stayed with me for 19 years. With my constant devotion, I feel like this artwork has been infused in my blood, beating with the rhythm of my pulse. This artwork is complicated yet simple at the same time. Borrowing from pop art, this project was inspired by a virtual game named The Age of Empire. I wanted to actualize the scenes from the game in reality. Around 2011 and 2012, I started to create a contemporary landscape for this project. It is different from the gardens we see in the ancient dynasties, such as the ones from Tang and Song dynasties or the Ming and Qing style gardens in Suzhou. We should have a garden of our own in our time. Nevertheless, it should not deviate from the environment and nature in its core. Liao Garden does not assemble any of the landscapes you might have encountered in the past. It is inspired by the integration of human and nature, a harmony between the universe and humanity. When you are there, your body will interact with the surroundings. It is a comfortable space for visitors. 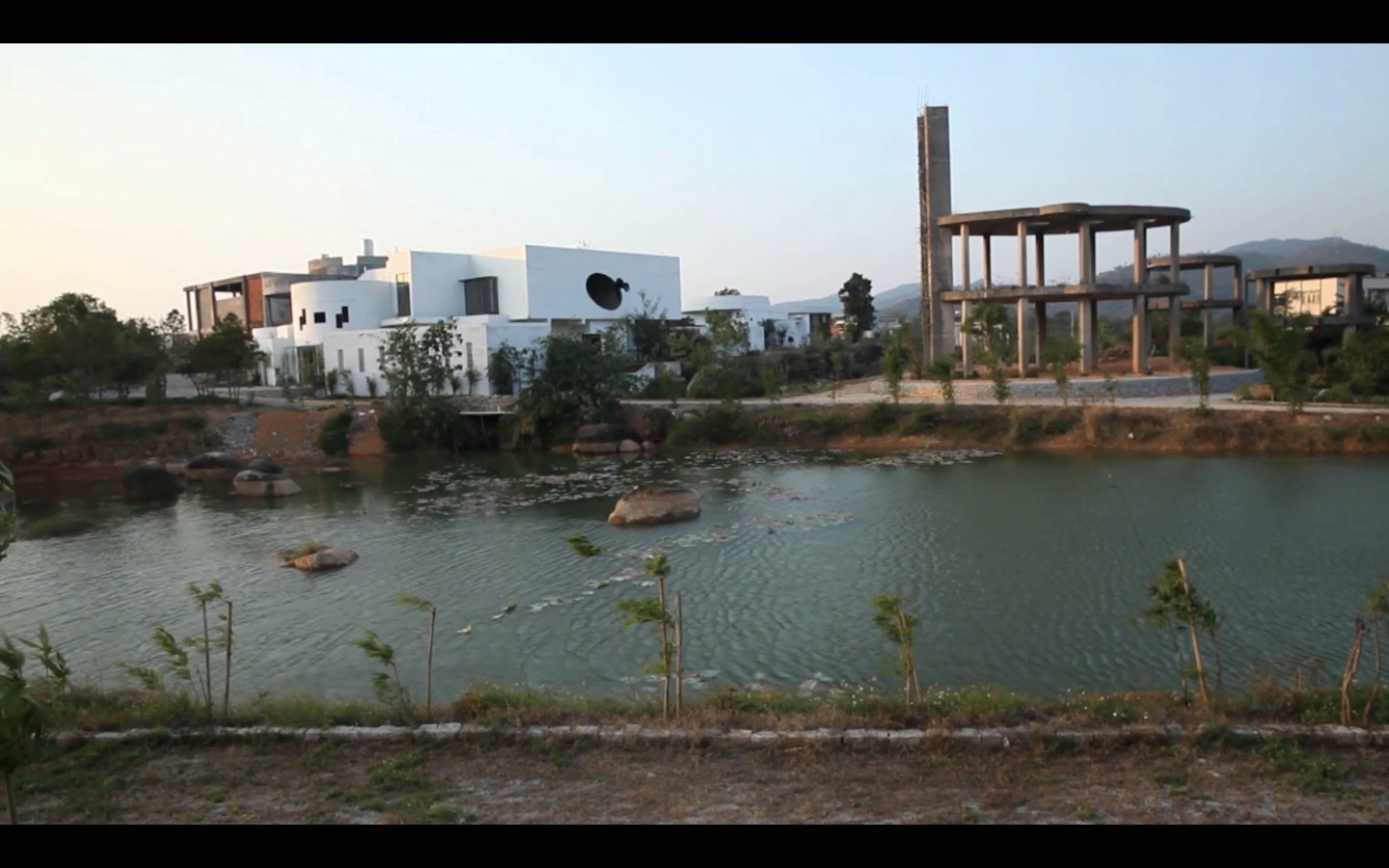 Art Market Journal: Just like the Liao Garden, You have put the idea "linking the reality with the virtual world" into art years ago. Nowadays, many young artists are working on the same theme. What's your opinion about their works?

Computer entered our lives in the 1990s, we were all attracted to the virtual games at the time. However, the virtual world will be unrecognizable if it has been manifested in reality. There are many limitations and restrictions from a legal perspective. If the fictional realm overlaps with the real world, one could soon discover the backwardness of reality. Hence, when the two domains are combined together, it will be our future. The virtualness in the 90s is the practice for the future where the virtual era descends upon us. A lot of things can happen just by clicking the “confirm” button. For example, back in the days, one has to walk miles on the street and wasting time selecting items from store to store. The shopping heaven in China may not be in the real world, but rather it exists in a virtual form. When you hit the “confirm” button, the item you selected will be delivered to you. That is why the process is very humanized.

The online shopping has developed to the point that my wife can buy her clothing at the comfort of our home, selecting 10 or 20 items all at once. When the package came, she would choose a few to wear out in public. If someone pays her compliment, she would keep the clothing and return the rest. It is very humanized. I think there is another virtual age coming towards us. My kid is one year old and is already playing with TikTok. The mobile phone is becoming a prevalent toy for the children and they are very adept at playing the electronic devices with their nimble little fingers. I have no idea as to why would they send text messages and how did they learn to recall the text they sent. When I was growing up, there were no video games but actual toys to play with. Children nowadays can see images in the virtual world or the reflection of themselves in it. Their thinking process is completely different from us. Children born in the contemporary era are preparing themselves for a real virtual world. 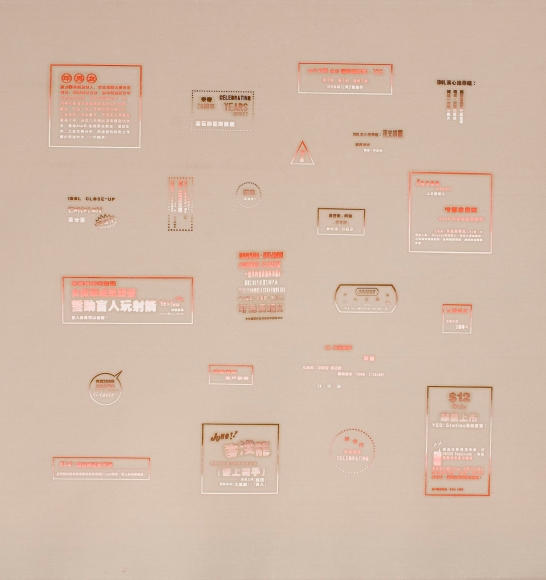 Art Market Journal: You've mentioned about how mass media and the virtual world has changed our life. What other big changes about the culture and society in China you have sensed in the last 10 years? Will those changes inspire you for making new art?

Since the 1970s, I noticed the cultural differences for as long as I could remember. We could identify the social differences through status quo in Hong Kong. Supermarkets sprung up in the Mainland around the 1980s and 1990s. In contemporary society, our material culture has achieved a balance compared to the West. Everything is more humanized. However, it is hard to distinguish the nuance on a cultural level between the East and the West. It is undeniable that some things in China are borrowed from Euro-American countries. However, Oriental culture is embedded in our DNA. It runs through our veins. Eastern and Western cultures exist in a parallel universe, juxtaposed together and pushed forward together.That is why they need communication and interaction.

Artworks will experience revolutionary change when the time comes. I may have engaged in a diverse range of medium throughout my career. Nevertheless, everything at its core still follows the path of my predecessors. Why would the creation of an entity emerge in Western history? Why would the discovery of beauty stay in the discourse? Why was there a consensus on the definition of beauty? Euro-American countries recognized what beauty is and retained it in history. We are walking on the same path. However, we are unearthing the beauty that is intrinsically embedded in our contemporary society rather than to create it. Once the unreplicable beauty is brought to light, it returned to a larger collective. That is what I do. 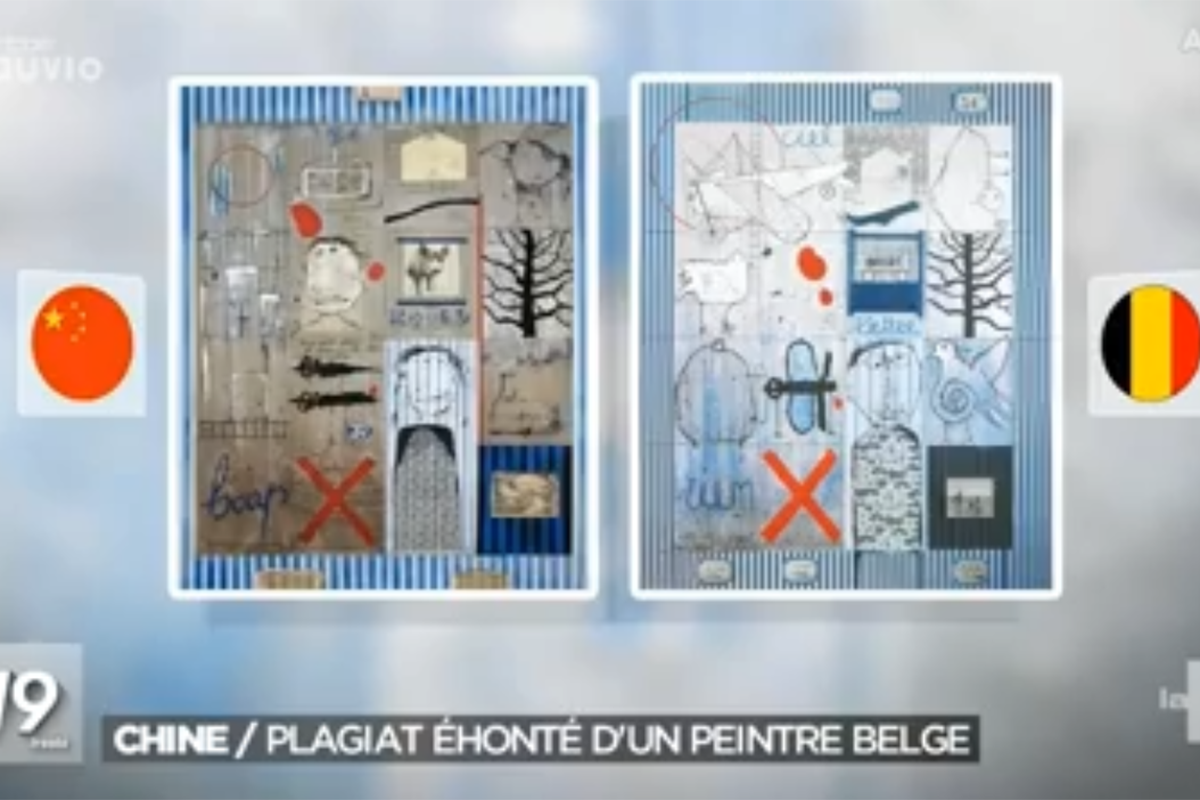 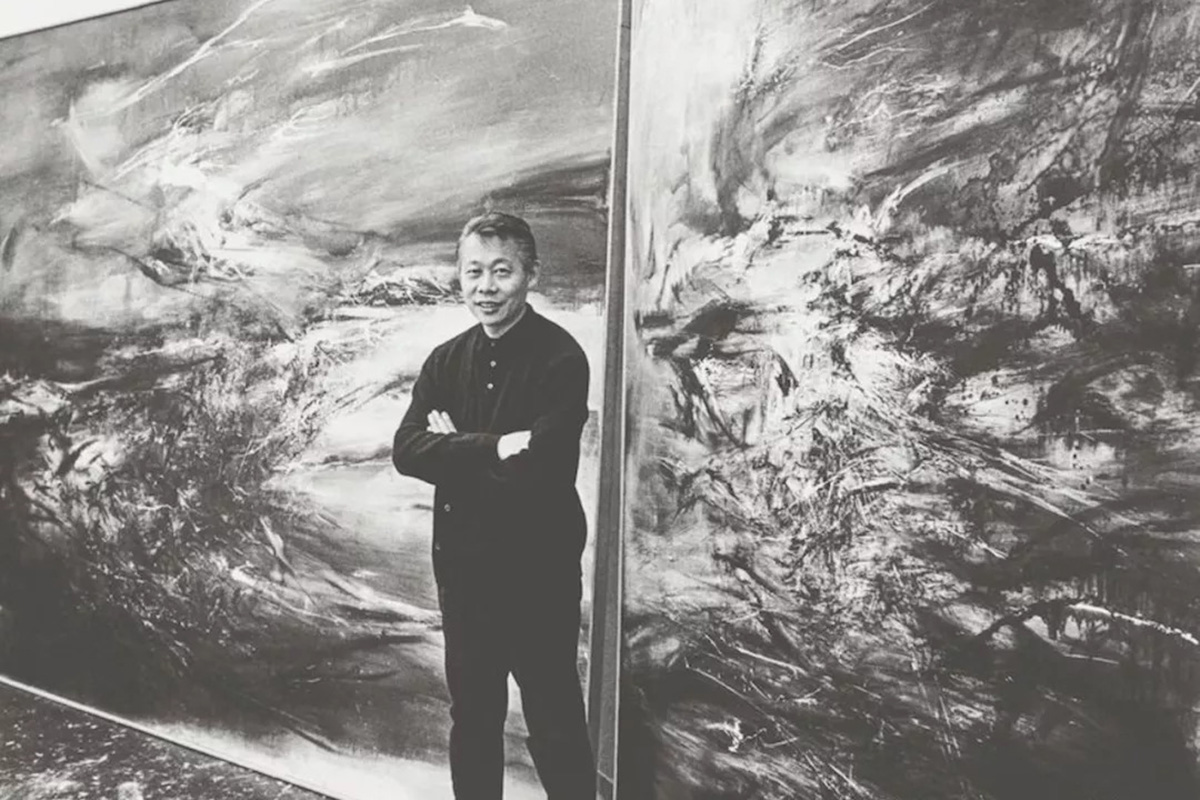